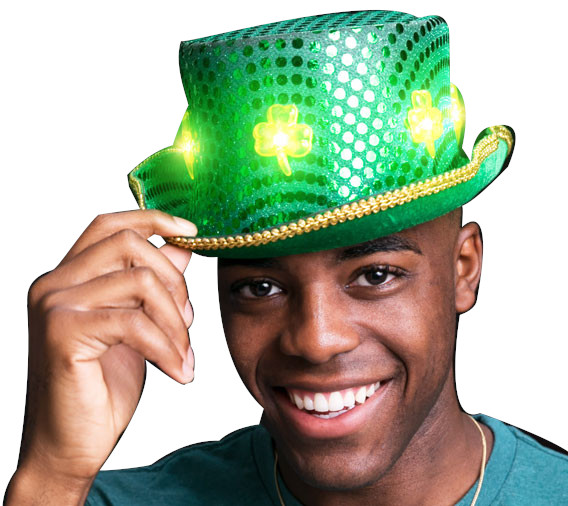 Shamrock Your World With a Leprechaun Costume

People in the village of Lower Ramsbottom had heard the tales often enough. Things went missing all the time, mostly sparkly things. Sometimes it was something of great value, like Betty McGrath's glittering rhinestone choker that she wore when she won the Miss Shamrock contest. Other times it might be a pie cooling on a windowsill, a wrench, a pair of trousers. The items that disappeared never turned up again. 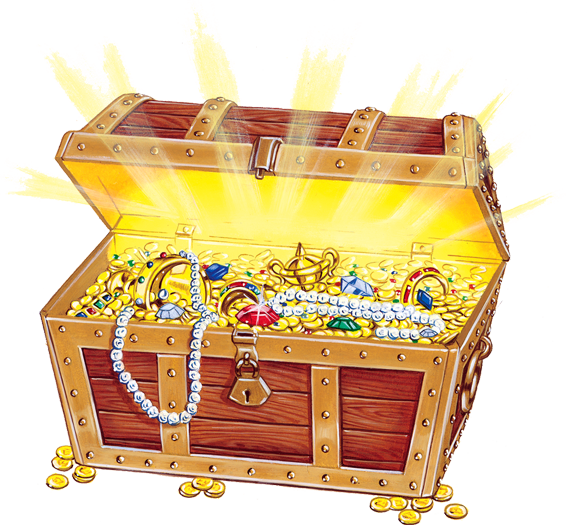 People whispered about the cause to one another around town, for it wouldn't do to speak aloud of the Fair Folk. Doing so could invite even more trouble.

"Maybe it's the fairies!" piped up a small child, who was instantly shushed by his mother. "Maybe it's a witch!" opined another. "Can't be," said a third. "I saw 'im, just the other night! Dressed all in green, with a red beard, a bow tie and a little sequined top hat!"

"It's a leprechaun," Paddy O'Flannel said authoritatively, over a pint at the pub. "My Ma had trouble in the winter of '47 with the blighters. Took nearly everything on the farm, they did." An instant hush settled over the regular crowd in the pub. "Oh yes," Paddy continued, really warming into the tale. "Tied the cow's tail in a knot, they did. Then they soured the butter while it was still in the churn and made off with twelve of my Grandad's socks!"

"Ohhh! What's to be done?" cried a silver-haired lady, horrified.

"Oh, well," Paddy leaned back in his chair, making a temple out of his fingers and eyeing the crowd with a secretive air. "That's tricky, that is." He looked meaningfully down at his empty glass. The bartender scrambled to draw him a fresh pint. "Yes?" he asked breathlessly as he set the brimming glass down in front of Paddy.

Paddy leaned in close, and the villagers gathered around. "Ye've got to give him a gift," he whispered. "Collect all your precious things and leave them at the edge of the woods. Then the leprechaun will stop his shenanigans!"

The villagers muttered among themselves at this unwelcome news, for they were a tight-fisted bunch and preferred not to give in to otherworldly extortion. But in the end, they agreed it was better to make a gift to the leprechaun so he'd leave in a hurry rather than to endure mischief for years to come.

Late in the evening, the villagers trooped from the village to the woods, each carrying their precious things. Seamus left his prized cordless power drill, and Aileen placed a wristwatch on the pile. Children left favorite toys, and old Granny Murphy parted with a basket of her best knitting yarn. They all turned away sadly, leaving the forest's edge without looking back, as Paddy had instructed.

The next morning, as Flynn McDermott was heading into the village with a truck full of milk for delivery, he stopped by the forest's edge to see if the pile of precious things was there. Everything had disappeared, as if by magic. As he delivered the morning's milk, he informed each villager that the leprechaun had taken their gifts.

That should have been the end of it.

However, things still went missing, including Niall O'Conner's motorcycle key, followed soon by his motorcycle. "Now what would a leprechaun do with a motorcycle?" bellowed Niall furiously to anyone who would listen. The villagers gathered at Paddy's house and pounded on the door, wanting answers, but he could not be found.

A small child piped up from the background. "I saw Paddy the other night!" Everyone turned to look at young Liam Doyle. "I wanted to see the leprechaun, so after we left our things in the woods, I went back to see."

"And?" questioned the villagers. "I saw him, all right! I hid in a bush and waited. He was dressed all in green, with a green sequined top hat. He was gathering our gifts into his wheelbarrow, but when he turned around, I saw that he was Paddy O'Flannel!"

The villagers exclaimed in anger, realizing at once that they had been tricked, not by a leprechaun, but by one of their own. They searched high and low, but they never found their things or Paddy. They did find the remains of a leprechaun costume, complete with a sequined top hat and little bow tie.

Paddy was never seen in Lower Ramsbottom again, but certain villagers swear they can sometimes hear the roar of a motorcycle engine late at night when the wind is just right. You'd think that a leprechaun costume might have limited appeal, but it's one item that you'll use again and again. St. Patrick's Day may come once a year, but there are parties and parades and even school plays where a mischievous outfit looking like it came straight from the rainbow's end is the perfect attire. Throw a memorable party for your guests and greet them at the door with a proper Irish welcome. Your corned beef and cabbage may be a hit, but it's your leprechaun outfit that really brings them flocking to your door.

If a parade celebrating the Emerald Isle is in the works, show up in full St. Patrick's Day spirit looking just like you're on the hunt for your lucky charms. Whether you're in the parade or just a joyful bystander, you'll exemplify all the fun of the holiday from head to toe. Pair your leprechaun outfit with a flashing shamrock button or some slotted shamrock sunglasses to really stand out from the crowd.

If your older child needs a costume for a St. Patrick's Day play or just wants to dress up, this outfit is a perfect solution much easier to find than discovering a pot of gold at the end of the rainbow. Celebrate your Irish heritage or just be a little Irish at heart by wearing a costume that captures the fascinating lore of Ireland's most captivating tales. You really lepre-can have it all with the perfect outfit to celebrate Ireland's most important day.

Magic Matt Performs “Around the Corner” on a K1 Magic YoYo